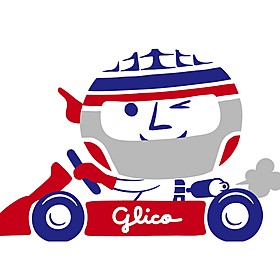 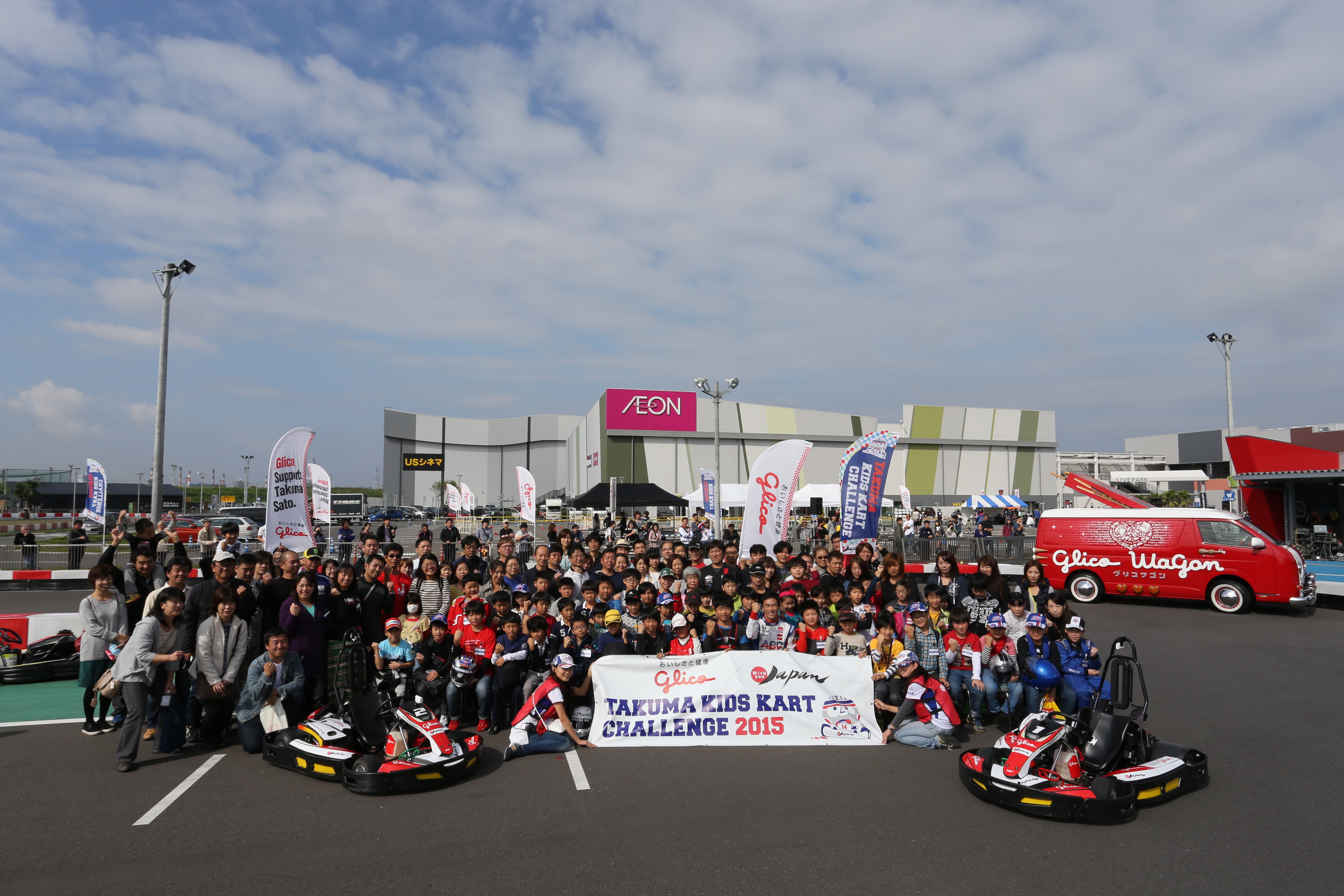 The reconstruction area support project "With you Japan", which is presided over by Takuma Sato, a racing driver, held a kart practice session under the direct guidance of Takuma at the Kisarazu circuit in AEON MALL Kisarazu.

Until now, With you Japan has been active mainly in the reconstruction areas of the Great East Japan Earthquake, but in 2015, based on the concept of "Let's support the reconstruction areas from urban areas!", Four months from June to September. During that time, we held a charity experience event for kids at the Kisarazu circuit and donated a part of the running fee. This kart practice session was held by inviting the top 50 people with the time recorded in this experience session. 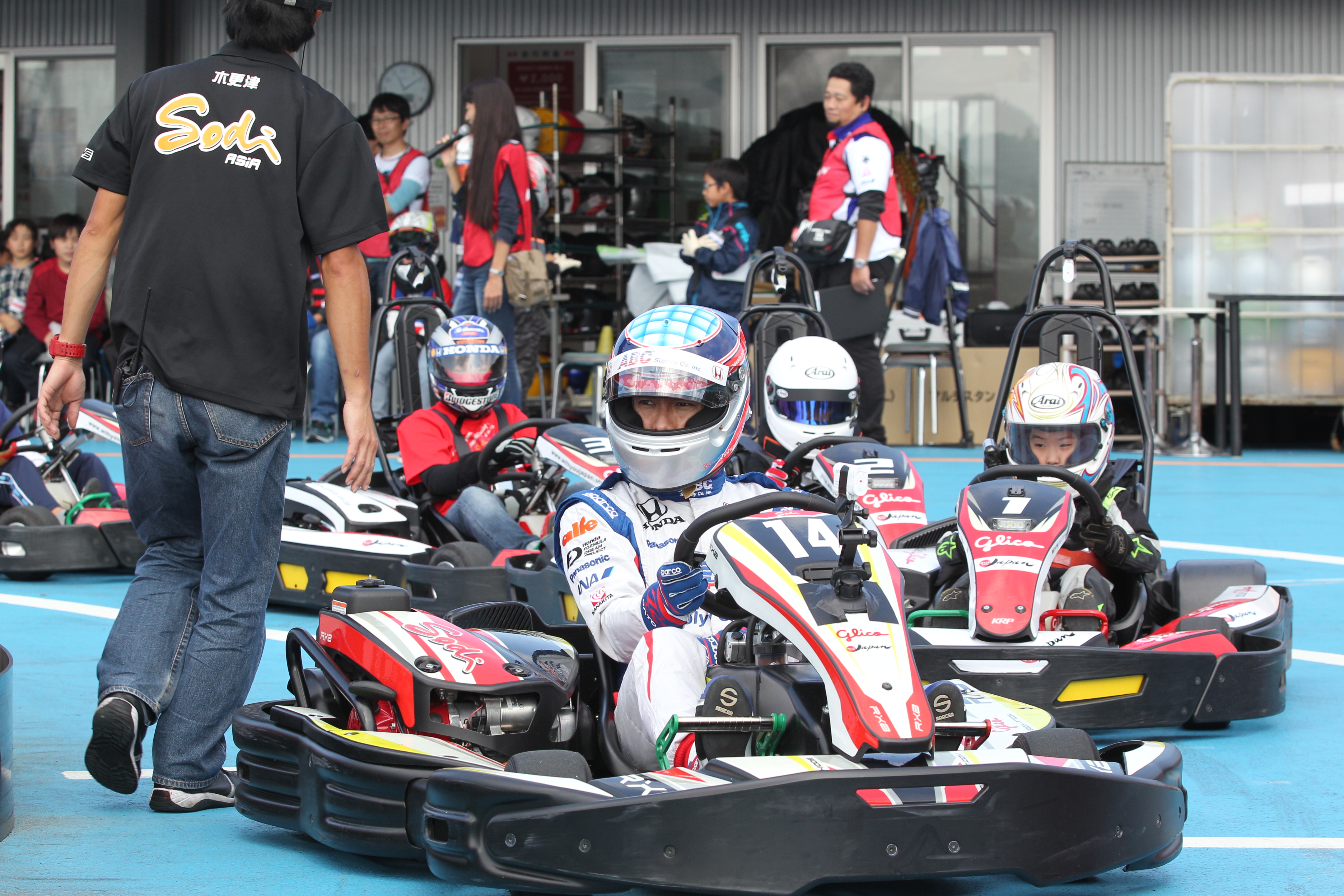 The event started under the warm autumn weather, which is hard to believe in mid-October. In the morning, after giving a lecture in the pit, such as "Thorough explanation of" running, turning, stopping "" and "taking a line to run fast", we entered the course. When almost all of them ran under the leadership of Takuma, the participants gave us their impressions, such as "It's completely different from the line I always practiced!"

In addition, only the top 50 people actually ran on the cart, but many people, including parents, watched the practice session from the adjacent parking lot overlooking the course.

In addition, a special course was set up in the parking lot so that children who had not yet experienced the cart could experience the tied cart. Everyone is excited about the first cart ride. Many people participated from the start to the end. 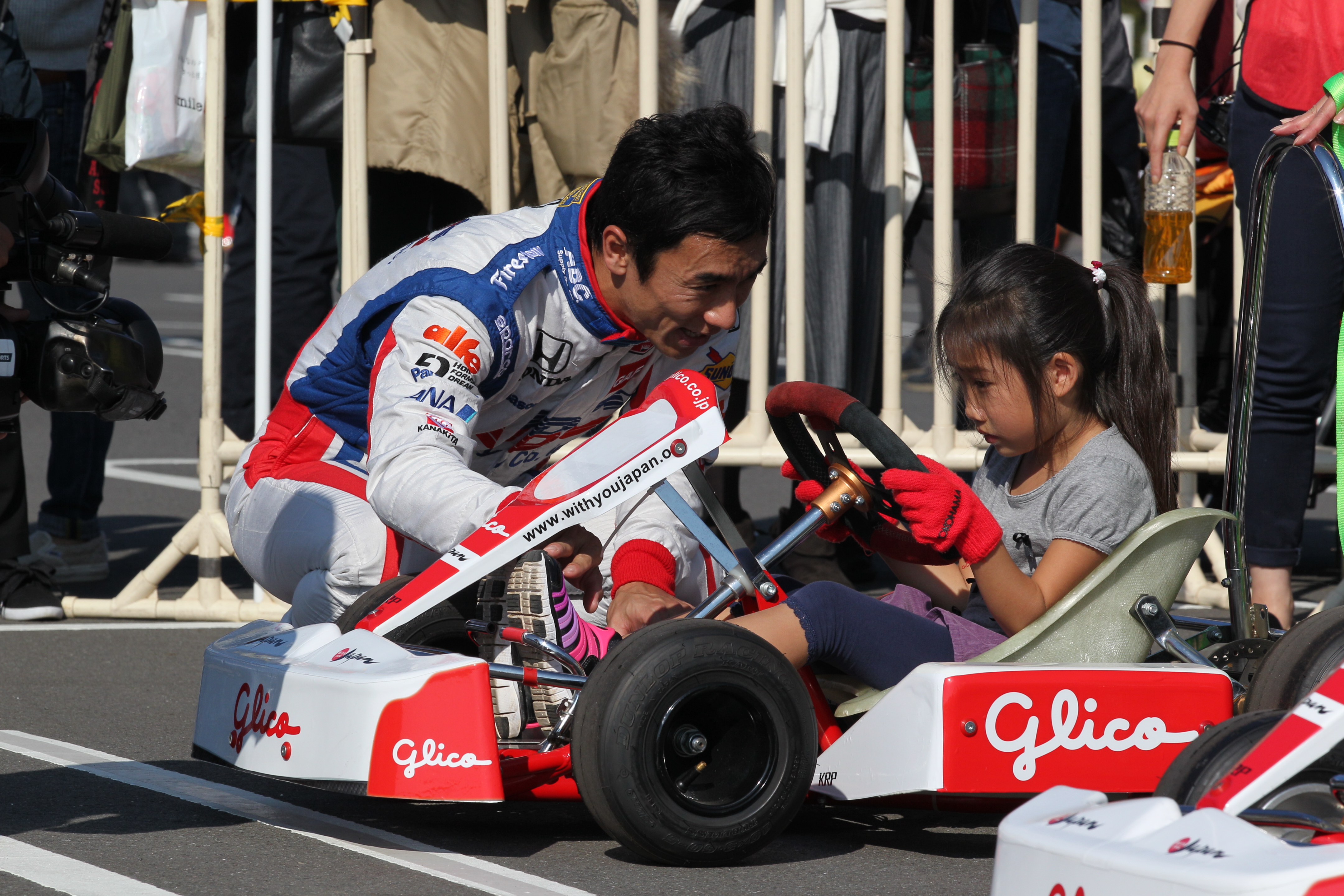 During lunch break, Takuma Sato's "No Attack No Chance" talk show was held at AEON MALL. The children listened enthusiastically to the story based on the actual experience that "If you keep dreaming without giving up, it will come true." After the talk, we held a workshop called "Let's write a letter to the children who work hard in the reconstruction area!" Postcards with the thoughts of more than 100 children who participated will be distributed to everyone at the event in the reconstruction area in November. 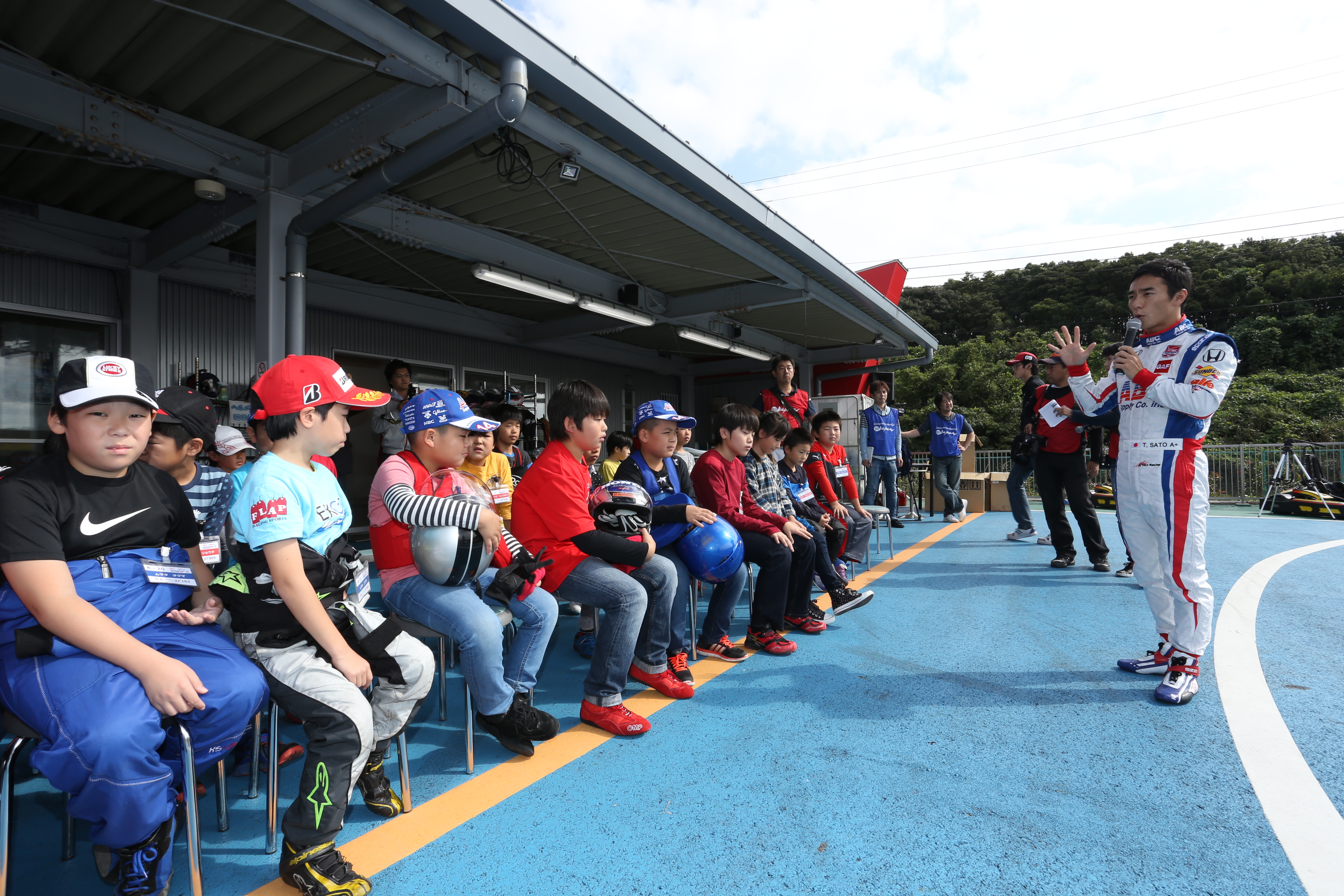 In the afternoon, I moved to the circuit again and conducted a time trial. The facial expressions of the children who participated became more serious than ever, and everyone attacked hard. Finally, when the top five races were held, Takuma was excited to see it and commented, "Wow! Good! And I'm running by looking closely at the machines before and after!" 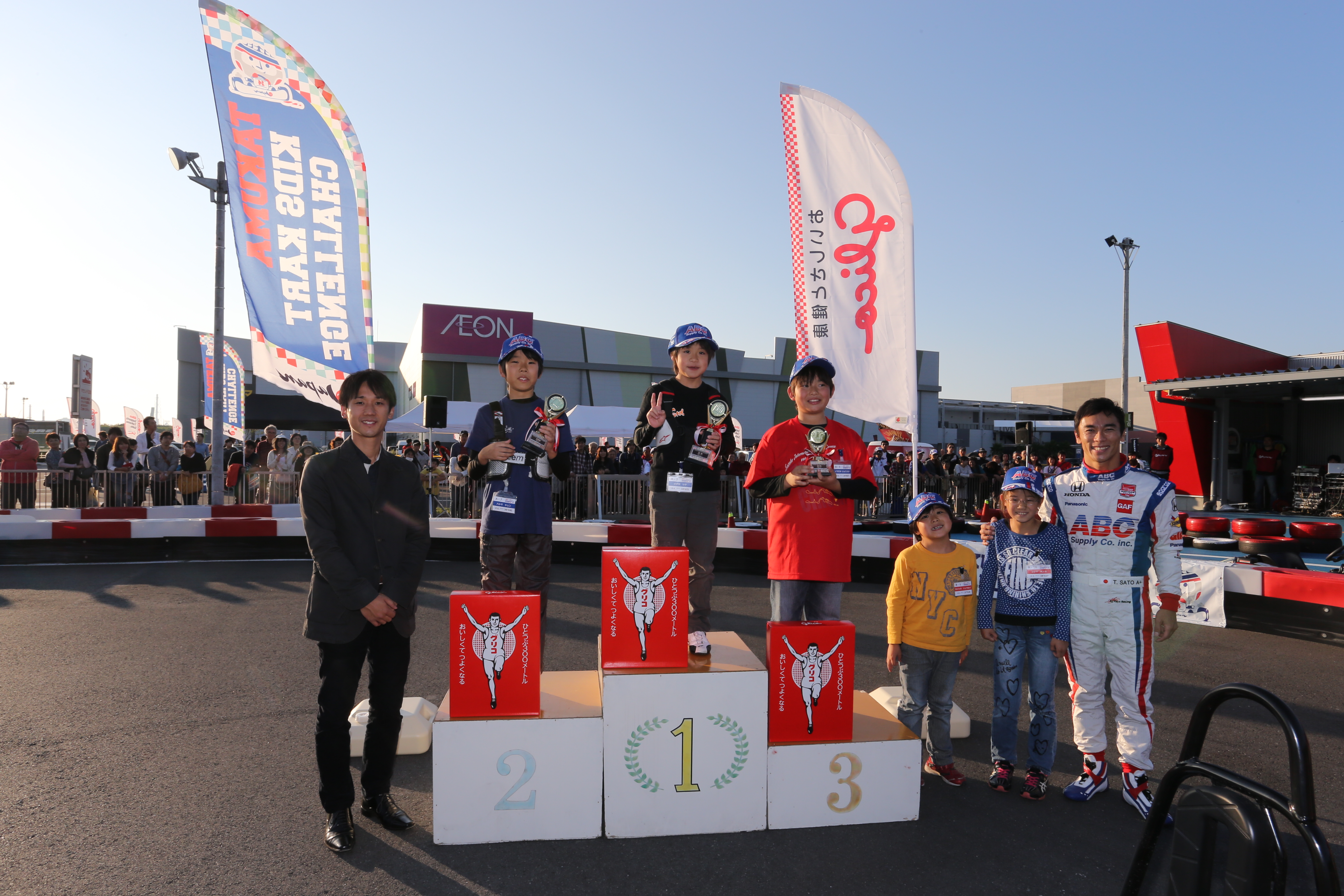 After the award ceremony, Takuma operated a cart for a demonstration run. The children were amazed at the run and watched the professional run seriously with their glittering eyes.

Although I have less chance to hear the word "reconstruction support", With you Japan plans to continue to carry out activities to "support the reconstruction area while having fun".